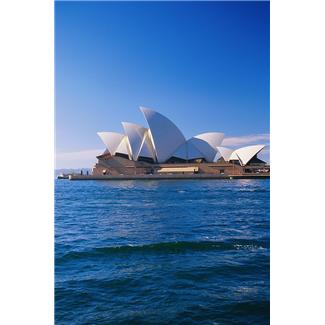 I'll be traveling to Sidney to speak at the Ark Conference "Advancing Knowledge Management in the Legal Profession" as a guest of that organization on March 13, 2013 (just a few weeks away!).

I'm very appreciative for the opportunity to meet people in the Australian legal KM community face-to-face.  I've met a few people at ILTA conferences, and have been generally impressed with the state of legal KM technology and adoption, as presented by those people in various sessions.

The two topics I'll be addressing are KM's support for pricing efforts, and creating a culture of collaboration within the enterprise.


Knowledge management helps law firms to discover and unite organisational knowledge, leading to improved efficiency and consistency. It also facilitates robust professional development, enabling client service delivery of the highest quality and standard. In the face of changing business models and growing competition, law firms must ensure true efficiency and evolution in their service delivery to become a leader, not just a survivor.
While the benefits of a knowledge centre have been realised by competitive law firms, many law firms still find it a challenge to convince lawyers and senior managers to support a culture of internal knowledge sharing. Knowledge management professional in law firms face the common challenges of lack of time, traditional and change resistant organisational culture, and the difficulty of implementing new technologies effectively.
This one-day collaborative forum will provide you with an opportunity to learn about the people, process, technology and culture aspects through practical case studies that are essential for successful knowledge management within law firms. You’ll have the chance to interact with the speakers and other attendees to really gain a better understanding on how to cultivate a knowledge sharing culture in your organisation.


The full descriptions of the sessions I'm formally participating in follow.

This is a solo presentation.

Learn how KM can add value to pricing and budgeting efforts within law
firms through application of KM skills to pricing information.  KM skills
and approaches that can be applied to budget work include information
management, database development, matter experience work, time/billing/
budget taxonomy work, change management, and more.

I'll be speaking specifically about creating a collaborative culture within litigation matter teams.

Litigation pricing analytics have been an area of significant effort lately, and I look forward to sharing insights and making more connections on the other side of the world from my home town of Boston, Massachusetts.

I'm going to be in Sidney that week, going to regular touristy places like ferry boats and opera houses and less regular serious-amateur-musician places like chamber orchestra rehearsals and hopefully some string quartet sessions.  Feel free to contact me if you would like to connect at, before, or after the conference.
Posted by Unknown at 1:58 PM No comments:

I'm working on developing default folder "core" structures for matter-centric collaboration in iManage (otherwise known as "MCC").  The basic idea with such workspaces is to make it easier to file documents into the right matter, increase compliance with document tagging (for instance, identification of a document as a pleading instead of a letter in the DMS) and, for some firms, file email. In an MCC environment, each client-matter number has a corresponding workspace, and all documents are stored and browsed to within workspaces.  In contrast to the situation in non-MCC environments, document libraries as such as invisible to users, and it is not difficult to find a folder for a specific client-matter.

I see the goals of MCC as increasing the amount of information that is in a matter-number-tagged and controlled environment (as compared to an email silo or shared drive), and also rectifying the tendency of document type tags to be dominated in practice by the "Miscellaneous" category. Document type is one of the key pieces of metadata for finding documents in a document management system, and also potentially is a guide to records management treatment.

This post provides links to some of the key MCC resources, and also outlines key considerations for development of sets of folders, without revealing specific folder recommendations.

Update-Hildebrandt Baker Robbins is no longer supporting their e2.0 site, accordingly I link instead to the Slideshare deck for the 2010 MCC Awards.  Another useful resource from Prosperoware is "Rethinking Matter Centricity," which is in part an introduction to the purpose of their Milan software tool.

An ILTA slide deck addresses "How To Start With MCC", which notes that MCC is tied to matter opening, how attorneys and staff work with documents, records management, and (of course), knowledge management.  Another extensive MCC resource is the International Legal Technology Association's somewhat dated "matter centricity" page.

As with other taxonomy projects, I believe that MCC adoption and success benefits greatly from simplicity (see "KM and the Simple Stick").  In practice, I think this means that no more than 5-10 substantive folders, and starting out with as little as two, one for email and one for documents.  The MCC Design Awards and other industry trends indicate that approaches calling for dozens of folders for various matter types have failed to be fully implemented.


Simplicity primarily relates to the number and granularity of folder types. While lawyers may like to have their electronic documents organized in dozens of different categories and sub-categories (befitting their categorical brains), they and their staff are rarely able in practice to leverage such an extensive list.  Unless a top-down, consistent approach is consistently enforced, a small number of folders is better.

One key mistake that I believe was made in early MCC tries was to have extensive use of multiple levels of folders.  This is problematic in that the primary mode of filing in MCC is through drag-and-drop, which is much harder to do with multiple folder levels.

Another important aspect of ease of use is quick access to recently accessed workspaces. The vast majority of the time, the workspace / folder you need to save a given document into is one you've touched recently.  Workspaces and folders within them therefore need to be readily distinguishable, and made available in ways other than through browsing and searching all of the workspaces.

A third aspect of ease of use is allowing users to customize.  You can't let them change the most visible aspects of workspace and folder structure, but one should allow for appropriate degrees of customization.  For instance, users should probably be able to add as many folders at the "top level" of their personal workspaces as they like, but not be able to so easily modify the "top level" of a client-matter workspace.

A good MCC design will acknowledge the primary scenarios in which people use folders.  This means you have to account for people looking for documents and information as well as people's work in filing documents and email.

People looking for information have different needs than people filing documents.  For one thing, they will want quick access to search.  Many award-winning designs have provided folders that generate matter-specific searches, of documents, email, and documents + email.  Also, they may not be familiar with the substance of the matter, suggesting that some consistency in the folders used can lead to greater utility for information searchers.

It is essentially impossible for a central team to accurately predict the precise information management needs of widely distributed matter teams working on different types of cases.  Accordingly, the design should allow matter teams to create and control folders, at least, below the "root" level.

A Place For Everything

A user should be able to quickly (within a few seconds) identify the correct folder for 80-90% of the common documents generated in the course of legal work.

Most of the winning designs do not have a miscellaneous category.

You can develop lists of needed workspaces through examining and analyzing two primary sources, the current set of documents and the client-matter or nonbillable client-matter number equivalents used to save them, and the current organizational structure of your firm.

As with tax and constitutional law, the principles of MCC have the potential to conflict. Balancing the predominant principles with your firm's culture and way of working will be the keys to a successful MCC rollout.
Posted by Unknown at 12:29 AM No comments: